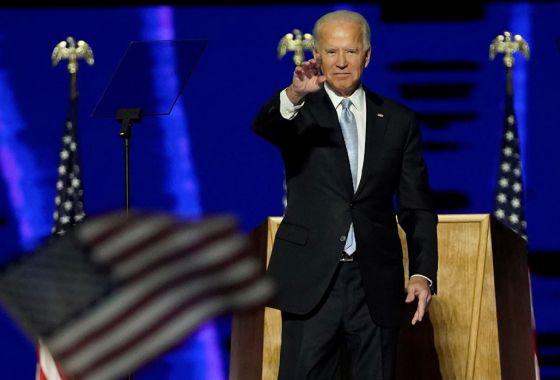 It was the most divisive and unconventional US election in living memory, played out against the backdrop of a barrage of voter fraud allegations, the Black Lives Matter movement and a world-altering pandemic.

Trump won the second most votes in US election history. Biden won the most.

So, what can we learn from Biden’s unmatched success?

It took longer than some predicted. And it was less of a repudiation than many of us had hoped.

But Joe Biden won the election, with more votes than any president in history. He beat an incumbent president whom many of us underestimated, again. Trump’s grip on his faithful is strong (he won the second-most votes ever). He held his base, and did well with voters Democrats too often take for granted (Black men, Hispanics). Democrats, especially in the House, would do well to study this election carefully, with humility. Despite all this, Joe Biden manufactured a win that arguably no other Democratic candidate could’ve pulled off. So what can we learn?

Biden identified and channeled the fundamental emotional truth of a majority of Americans: We are suffering, we need it to stop, and we can do better than the vitriol, incompetence and immorality oozing from the White House.

Biden stayed on message from his May 2019 announcement to this moment, a mark of successful presidential campaigns. His introductory commercial called on us to restore the soul of the nation. Biden stayed with this message through a dark winter, when other primary candidates caught fire. Bravely, Biden resisted the pressure to change his appeal, and it paid off.

Biden was Biden, and he seems built just for this moment. Our deep divisions, our economic suffering and our systemic racism set the table for an empathetic man whose family tragedies taught him what too many Americans know: It is darkest before the dawn. As our former boss David Axelrod said, Biden was “culturally inconvenient” for Trump. Scranton wasn’t a line, but his DNA, reflecting his compassion and lack of pretension.

Everything Biden did contrasted with Trump: on science and the truth; on jobs and healthcare; on socially distanced, small rallies and mask-wearing; on voting by mail or in person; on respect for those with different views.

Inoculate against your weaknesses

Biden’s team knew his weaknesses and addressed them. During the marches in the street last summer, Biden supported the protesters while condemning violence. Trump attacked Biden as captive to the left, but Biden wouldn’t have it: “Do I look like a socialist?!” Biden’s basement campaign minimized the chances of gaffes, but also gave Trump the stage alone during White House COVID briefings, where he self-immolated.

Trump’s strongest card was the pre-COVID economy. After the economy tanked, many voters still gave him the benefit of the doubt, thinking if he did it once, he could do it again. But Biden took that card away with a comprehensive, detailed plan and marketed it aggressively.

Expand to new markets and demographics

Biden’s coalition was bigger than any Democrat in recent memory. He attracted suburban voters, young voters, independents and seniors more than Obama did while keeping his base. He made peace with the left, at least for now. His coalition stretched from AOC to Cindy McCain, a remarkable feat. In the face of Trump’s barrage, Biden ran the ultimate purpose-driven campaign. He set a compelling vision, draped it with values and infused it with substance. In an age of unspeakable despair and anxiety, he invited us to jump on board and believe again. Over 74 million of us did, joyfully.