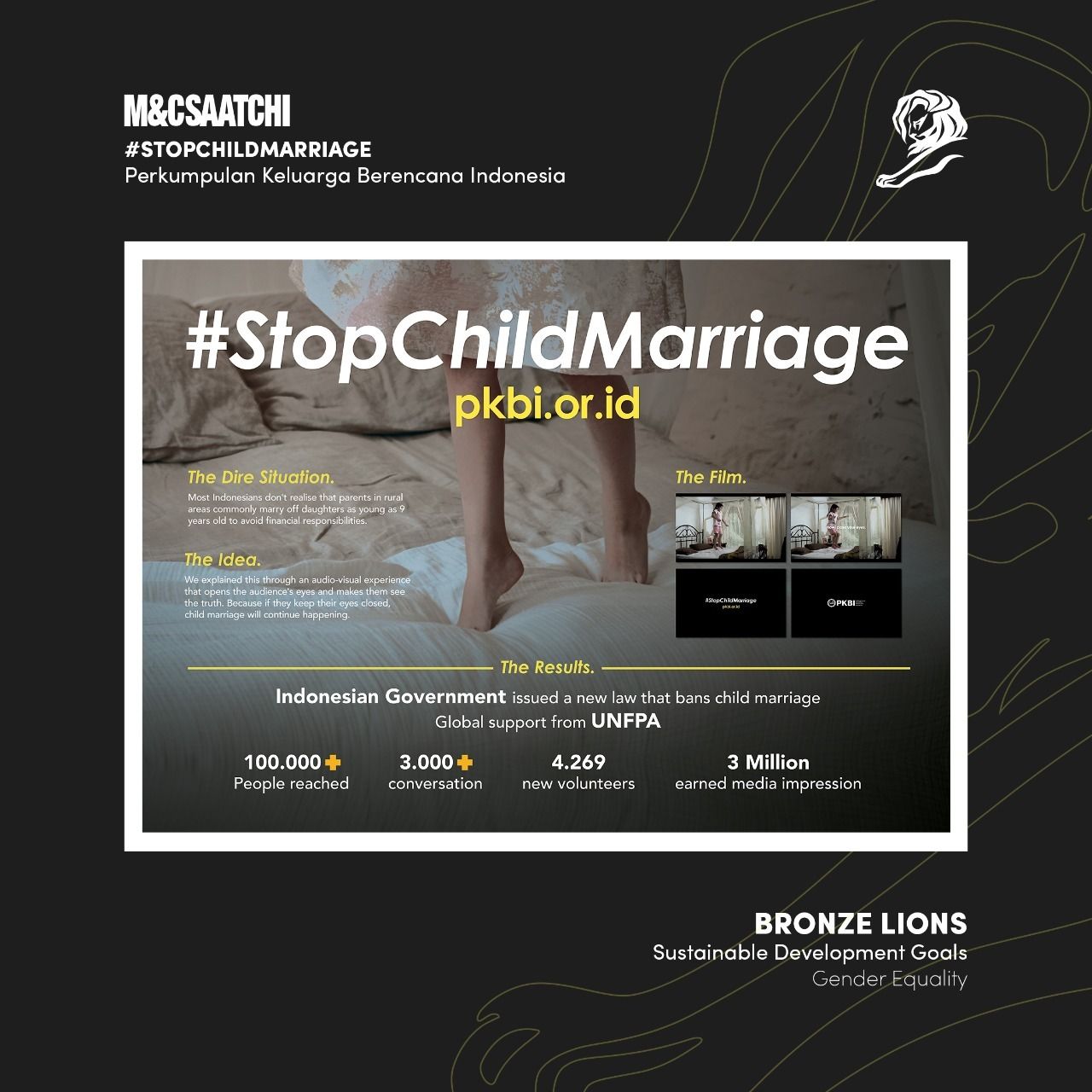 M&C Saatchi Indonesia has won a Bronze Lion at the Cannes Lions Festival for Creativity 2021, for it’s ‘Stop Child Marriage’ work with PKBI.

‘Stop Child Marriage’ was developed for the Indonesian Family Planning Association (PKBI), a non-governmental organisation that works across 26 provinces to improve women’s access to health, decrease the rate of maternal mortality and tackle the pernicious impacts of child marriage. The campaign encourages everyone to continue to fight against gender inequalities, actively challenge stereotypes, combat bias and celebrate achievements to improve women’s rights; and crucially, let children be children.

The campaign aimed to drive awareness on social media using the hashtag #StopChildMarriage, and also deploying out-of-home in strategic locations along with video advertisements. According to UNICEF, 1 in 9 married Indonesian women and 12 million girls worldwide are married off before the age of eighteen each year. Their vulnerable position as child brides leads to an increased likelihood of domestic violence, maternal mortality, and decreased access to education and employment.

The campaign amplification coincided with International Women’s Day (8 March) and fell against the backdrop of the Indonesian Parliament amending its marriage laws by increasing legal consent from 16 to 19 in September 2019; a move universally welcomed, including by the United Nation’s chief child rights body, UNICEF.

Anish Daryani, CEO, M&C Saatchi Indonesia, said: “At M&C Saatchi Indonesia, we are putting our weight behind this social issue and showing our commitment to address child marriage in Indonesia by raising awareness about it. Child marriage deprives the girl child of a normal childhood and the basic right to education. It robs them of their innocence and an opportunity to become contributors to society at large. Society needs to nurture a culture, environment, and practices which encourage kids to remain kids