Street Store: Hang up to Help Out 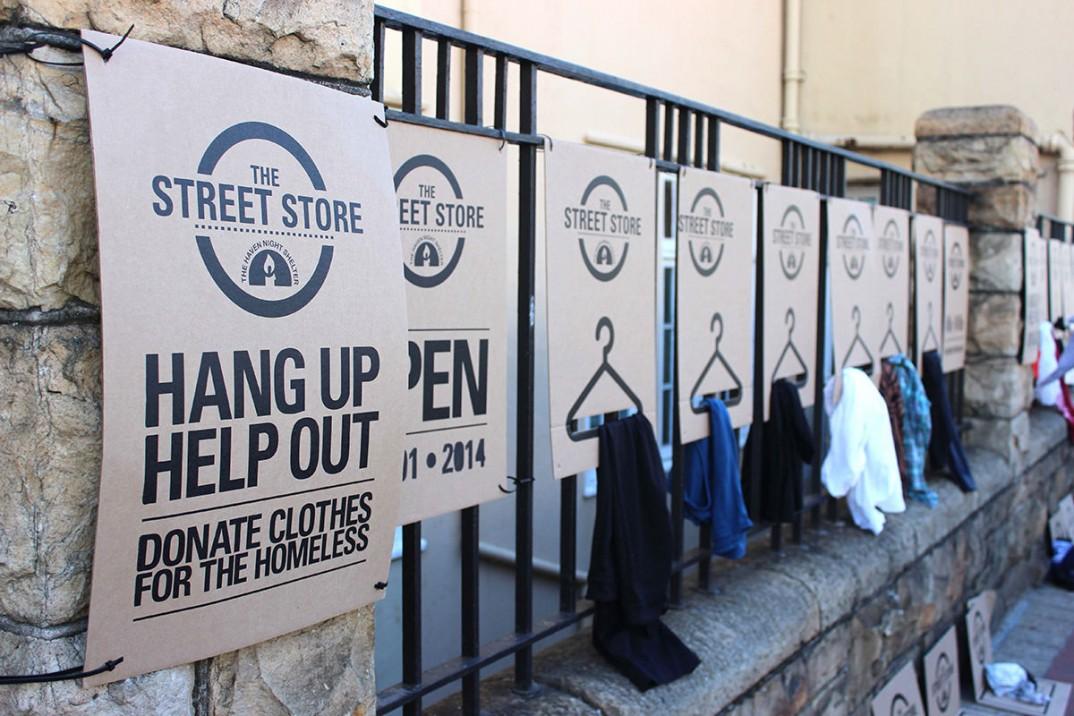 South Africa is one of the most unequal countries in the world, a country where the ‘haves’ and the ‘have nots’ live side by side, but seldom connect. People want to help, but often don’t know how. And, for the ‘have nots’ life can be degrading. How do you create an experience that restores dignity, whilst helping?

M&C Saatchi Abel in partnership with the Haven Shelter conceptualised the world's first rent-free, premises-free, free "pop-up clothing store" for the homeless, found entirely on the street and curated by residents. The Street Store is made up of a series of cardboard posters, doubling up as clothes hangers, more fortunate members of society can hang up, to help out. The clothes are then hung up on the simple, bespoke posters giving homeless people the chance to “shop” and help themselves to clothes they actually want and like. Used to rummaging in bins or begging for clothing, this was the first real, dignified shopping experience for many.

After it’s success in South Africa, M&C Saatchi Abel didn’t stop there. We wanted this initiative to help as many people as possible, so Street Store went open source. To date, over 940 stores have popped up globally, clothing hundreds of thousands of homeless people around the world. What started as a local campaign became a global initiative for good.

From pieces of cardboard to a world-changing idea

What started off as a local activation in Cape Town has now helped clothe over 900,000 people to date. Not only that, Street Store was awarded Gold at Cannes Lions Festival, and was named Best World-Changing Idea in EMEA region by Fast Company USA.